Did you notice the orbs on the cover of my book – Be Aware?

I took these photos at a backpackers venue – Away with The Fairies in Hogsback, Eastern Cape, South Africa.  I had the orbs in the photos interpreted by Carol De Vasconcelos.  Carol is the orb lady for Diana Cooper from South Africa.

If you are wondering what orbs are, they are circular reflections in photographs.  Sometimes they are caused by dust, sun and even water.  Many photography experts, say it is caused from using the camera flash.  But of course, this does not explain much, when you do not use a flash, as in broad daylight.  Like the ones I took.

Although, there can be scientific explanations for orbs, there are also metaphysical ones too.  So, it truly depends on what you choose to believe.  I believe in orbs from a metaphysical perspective.  I know that spirit guidance often comes through these orbs to give one the energy and assistance in life.

The reason I believe in Orbs as guidance

At one time in my life, I asked my spirit guides for more visible proof of their presence.  After all, we all like to see before we believe.  Right?  Well, I received their communication in thought form.  I was told they will begin showing their presence in photographs as proof.  So of course, from there on, I inspected every photo I ever took.

Suddenly they began showing up.  I had never seen these circles ‘orb’s in previous photos and did not see them with the naked eye while taking the photo.  But, they certainly began appearing quite frequently.  I then discovered, such a calm peacefulness come over me, whenever I looked at the orbs.  As I am sensitive to energies, I soon realised the truth that was hidden in the orbs, as I could certainly feel it.

Then, I came across Diana Cooper and her orb gallery.  This was enough proof for me.

So, why did I choose these photos for the cover of my book?

I am so glad you ask.  Because, the reason is so significant to me and absolute proof of spirit working with me.  I had been playing around at home, taking many photos, for an image to use on my book cover.  Of course, I was having fun.  But, none of my photos felt right to me.

Then about 2 days later, I had a dream that was so clear and profound, I had to take notice of it.

My dream of guidance for Dr Wayne Dyer

Firstly, who is Dr Wayne Dyer.  Well he was a very famous author of Hay House publishing.

It was shortly after the passing of Dr Wayne Dyer, that he appeared in my dream.  He told me to use the photos of Hogsbacks, that I had taken 2 years before.

Then, my husband and I were woken up at 4am with a loud crashing sound in my office.  Well, I immediately went to my office and one of my CD’s by Dr Wayne Dyer was on the floor.  Naturally, I was so shocked, not just by the crashing sound of it falling off the shelf, but by the fact that I was dreaming about Dr Wayne Dyer.

However, I did return to sleep, and again he appeared in my dream to tell me he is sorry for the noise.  “I am adjusting to being back in spirit again.”  He said, “he will guide me to the photos to use.”

Well after waking, I found the photos so easily and the moment I connected with the orbs, I new they were the correct photos to use.  Of course, I then asked for an interpretation.

I would also just like to say, that I had never met Dr Wayne Dyer personally when he was alive, only through his videos.  About 3 days later I received a newsletter from Hay House, mentioning the many visitations that Dr Wayne Dyer had made to many people.  That again was proof of the presence of spirit.  So, yes I believe in Orbs being a message from spirit.

Orbs Interpretation of Be Aware Cover 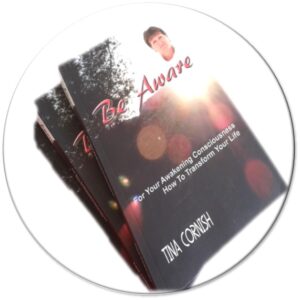 The orb picture on your cover is the reflective light of the sun – this is when one takes a picture directly into the sun you get this formation.  However, there are other energies at work here, the sun is used to energise the orbs I see.

The golden orb in your picture feels like a inner child orb.  I see a little girl and a dragon inside this orb.  As well as, a fairy orb.  The white and green inside this orb, that tells me that the fairies and elementals, want to work with you, if they are not already doing this.

The gold from the orb is the wisdom you brought in at birth and the need to work with the Christ Consciousness. The Dragon is to rekindle the magic and work with dragons, as well.

Then the green flying saucer is the healing, that can be experienced through opening yourself up to all of these energies.

The blue and pink at the bottom of this orb picture, is the energy of Archangel Michael (blue) and the Cosmic Heart (pink).  Indicating that Archangel Michael is working with you on your book.  Your book will assist you to cut many cords and express your personal truth.

And that many people’s hearts, as well as yours, will be opened by the information you will be sharing.  (cosmic heart).

One of the ‘puzzle pieces’ of your better life is: 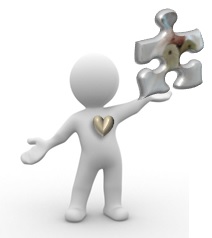 Open chat
1
Let's Talk
Hi! Can I help you? Orbs on Be Aware Cover https://tinacornish.co.za/orbs-on-be-aware-cover